Whewww I really transported myself back to Greece with this recipe. I’ve been craving Greek food for the past 2 weeks so I decided to make chicken gyros. I thought it would be a nice way to introduce the pre #FoodTravelSeries which is now live on IGTV. I made a healthy swap by serving my gyros with wholemeal pitta bread and homemade tzatziki. Check out the recipe in the video below.

Gyros are Ancient Greek street food made from meat cooked on a vertical rotisserie. Gyro (pronounced YEE-ros) means to turn/round. This makes literal sense as the meat is stacked up rotating the sliced meat, either lamb, pork, chicken or beef. As the tightly packed stack roasts vertically, the layers meld together and the grill person manning the gyro rotisserie cuts off thin slices, which he or she fixes in a pita wrap with tomatoes, red onions, lettuce, a staple sauce tzatziki, and sometimes Greek fried potatoes and a sprinkling of cayenne pepper.

Gyros have a long history in the way it travelled, becoming one of the most popular national dishes. Its believed to have originated in Greece. They’re similar to the döner kebabs of Turkey and shawarma of the Middle East, which are slices of meat. I don’t know who inspired who but they sure do taste delicious. * Chef’s kiss*

Did you make this recipe?

Where To Go For The Best Gyros In Greece?

Some of the best restaurants where I have had incredible gyros and souvlaki were in Athens and Greece. On your next visit to these two popular destinations, stop by the following recommended restaurants:

1. Kalamakia O Elvis – The souvlaki kebabs are amazing. The people that work here are so lovely, hospitable and treated me to some free Greek shots.

2. Maiandros restaurant – An amazing sunset view of the Acropolis on their rooftop terrace with live music. The food was delicious and the chef kindly treated us to a Greek dessert on the house! So sweet!

1. Sakis – Great for cheap eats! Hands down, they have the best gyros in town.

2. Kadena – A lovely atmosphere with a nice view of the harbour. The staff also treated me to a free shot of Chios Mastiha.

Greece is a country an Archipelago including up to 6,000 islands and islets scattered in the Aegean and Ionian Seas but only 227 islands are inhabited. The way Gyros are prepared and served may vary in different regions of Greece. 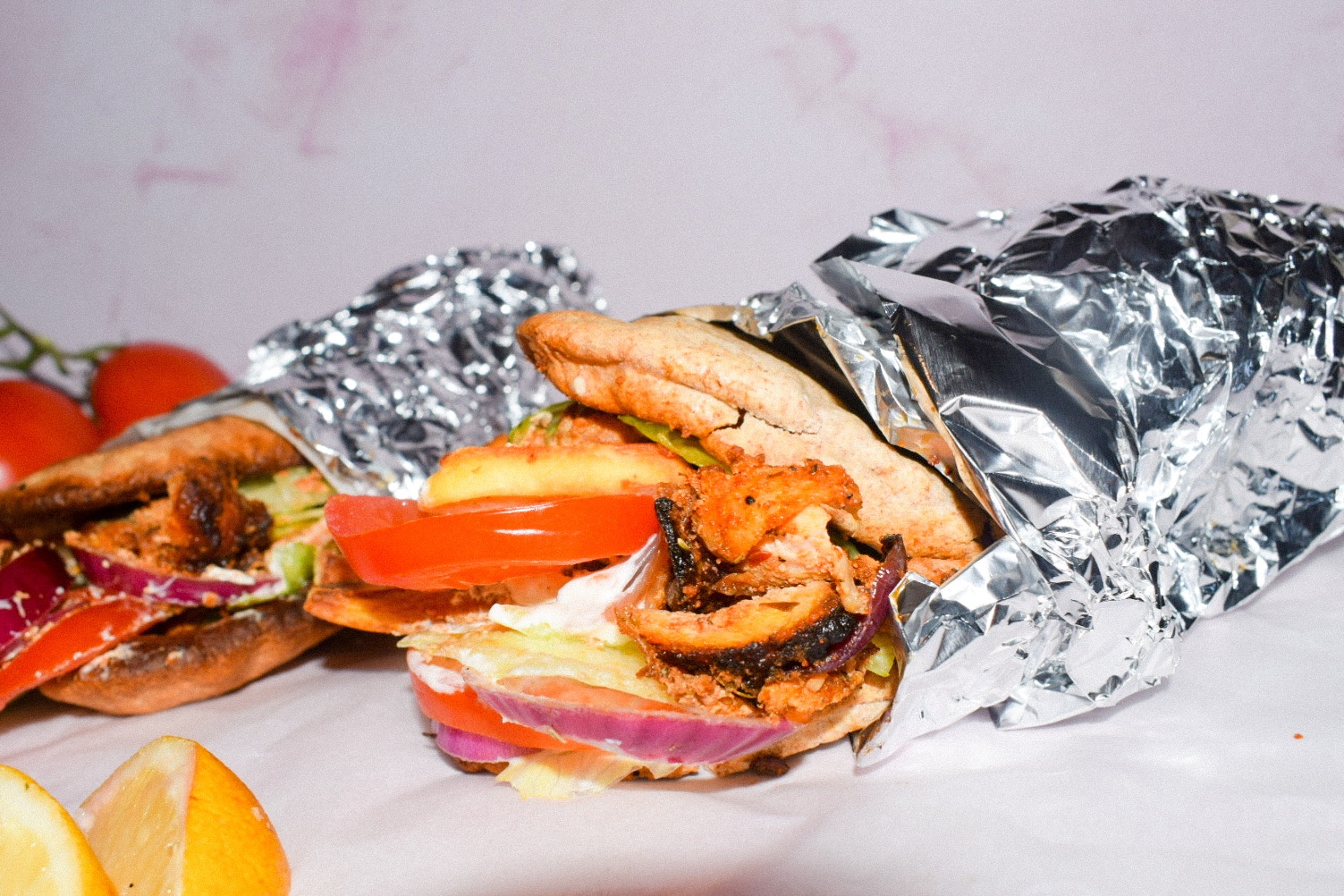 Thanks for reading! If you have tried this recipe, please leave a review and star rating which you can find this at the bottom of the page and recipe card. Enjoy!

Have you been to any part of Greece? Drop your favourite restaurant recommendations below.