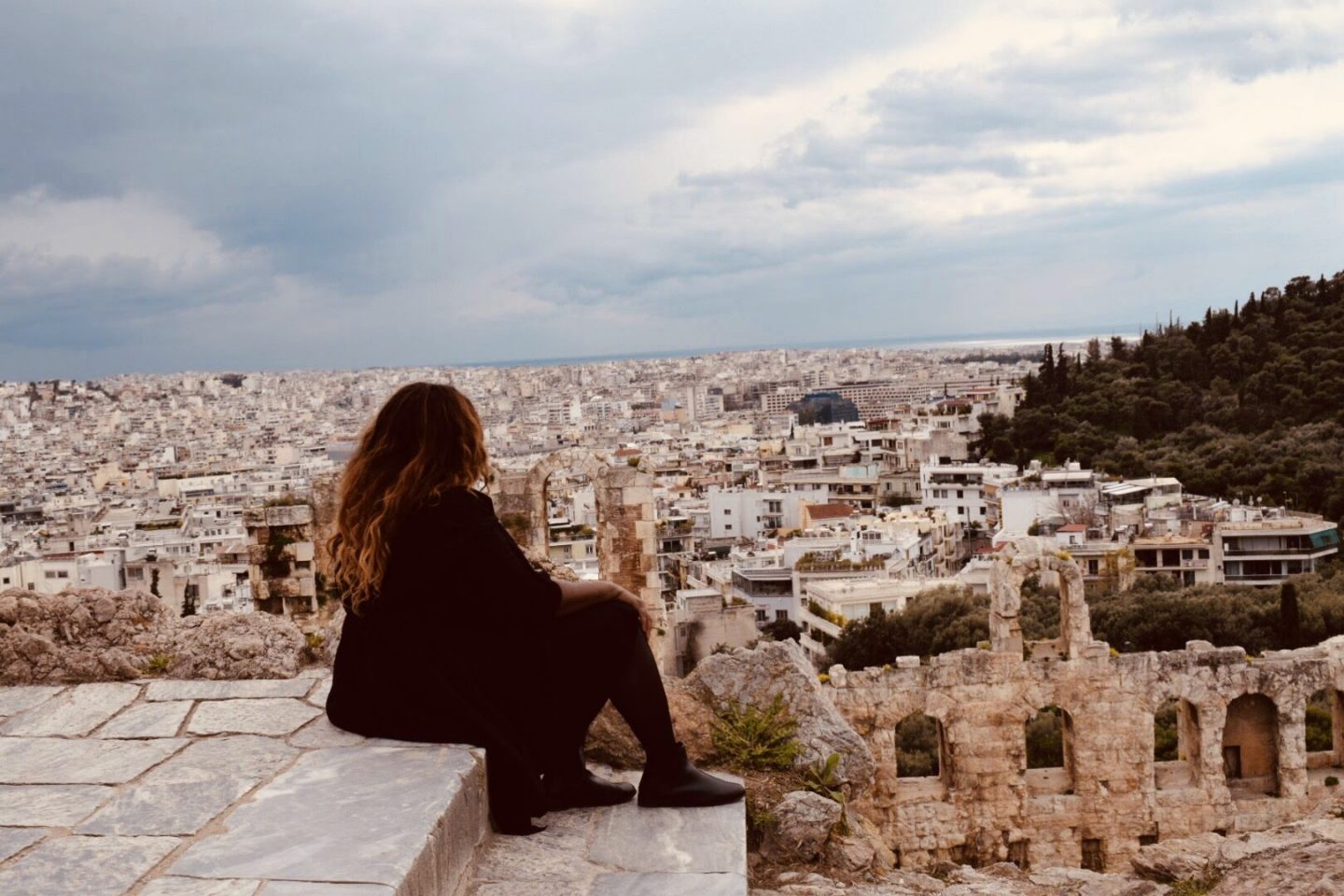 Back in February, I was invited by my friend to join her family to spend a couple of days in Athens which was soo much fun overall and very much reminded me of the antics I get up to with my family. Athens is the capital of Greece, known for its Greek mythology, archaeological sites with a rich history, plenty of museums, arts and culture. Fun fact, Athens is Europe’s oldest capital. Greeks are really friendly and hospitable in general. The locals would often treat us to free greek shots. We even got treated to free desserts on the house from the chef. I absolutely felt the love when I travelled solo to Mykonos island back in 2018.

The Story – How It Happened

But what I wish I knew before travelling here (which a simple google search would have helped) was that Athens was notorious for pickpocketing. This happened to me, I was pickpocketed for the first time in my life. In the moment, I was angry at the culprits but I was also angry at myself for not being more self-aware as I normally am when I do solo travel. However, this can happen to anybody!

We were en route to our destination and had previously taken out my purse to purchase tickets for the train. I put my purse back in my bag but almost zipped closed and was conscious of this. When we got onto the metro, I was very engrossed in the conversations I was having with my friends family and dismissed all usually heightened senses. We arrived at the destination station, Syntagma metro station, got off a very busy train and made our way to the long exit. I noticed two guys walking behind me, but thought nothing of it as everyone was hurdling to get out of the swamped train. A few minutes later, I immediately noticed my bag felt lighter and checked my bag noticing my purse was stolen. By then, those guys that were behind me walked past me and I was 90% sure it was them.

My friend and her sister were ahead of me and I instantly called out their names and said ‘Chase that guy’. They literally ran after one of the guys and got him to stop.  Syntagma station had patrol security who witnessed two Black women chasing after a guy and didn’t blink an eyelid to suspect something suspicious may have been going on. I quickly caught up with them and we asked politely if we could check his belongings. He pretended he didn’t understand English and then proceeded to pick up a call, speaking to the other guy in Greek. He only mentioned one-word ‘money’ in English three times. Although I couldn’t understand a word he was saying, his phone conversation confirmed that he was indeed one of the culprits after hearing the word money. He then let us check his backpack and in English, he said ‘ see I am Black just like you, I would never steal from you ‘ while comparing his skin tone to my friend. We all looked at each other puzzled as this was a local greek man. After we couldn’t find my purse in his belongings, we let him go and later realised that he has already passed my purse onto his friend who escaped.

Subsequently, we went up to the patrolling security, explaining to him what happened and he directed me to an office full of tourist police who gave to a small card with police information. After doing the necessity of cancelling all my debit cards immediately, we headed to the police station and filed a report. The police officer told me that 15 people had already arrived before me, reporting stolen items. He mentioned to me that typically they can get between 30 – 50 reports of stolen items such as passports and wallets per day. The next day, my friend’s purse also got stolen in the high street. To this day, the disappearance of her purse still baffles me.

Tips To Protect Yourself From Pickpockets

5 Important Lessons I Learnt From My Pickpocketing Experience

When I look back at this incident, there were many important lessons I learnt and wanted to share some of them with you.

1. Having a support system around you is important! It creates community knowing you are not alone. Luckily, I was with 5 other people who were really supportive throughout the unfortunate incident and helped calm me down. I kept my handy Monzo card inside my phone cover so I wasn’t completely cashless.

2. Sometimes things may not go to plan and are beyond our control. The only thing I have control over is how I react, the choices I make and my actions towards the things that are going wrong. Don’t let that stop you from creating travel memories and seeing the world.

3. Be more present and live in every moment while travelling. Being present and practising mindfulness can be impactful in many ways, to illustrate, creating calmness in the midst of chaos, forming deeper connections with people around us, heightening our awareness and deepening our observation of our surroundings.

4. After this incident, I questioned the value of items in my purse. Did they hold sentimental value? Could the items be recovered? The answers were yes and no. This thought immediately put things into perspective on how much value we can sometimes place on materialistic things. From memory, my purse had contained several items such as roughly 60 euros, a driving licence, debit cards, point rewards cards for many high street shops and restaurants and my old university card that was useful abroad for obtaining additional discounts. The purse itself was a gift from a good friend of mine. Although I had lost the purse, the memories it holds are still intact which is something I was grateful for.

5. Ensure you have travel insurance! As a frequent traveller, I now realise the importance of covering my trips. This is something I wish I had at the time as I would have been able to claim back what had been stolen.

Thanks for taking the time to read. I would like to hear if anything has happened to you during your travels and what important lessons you have learnt from your situation? Comment below or share your story with me on Instagram and Twitter. 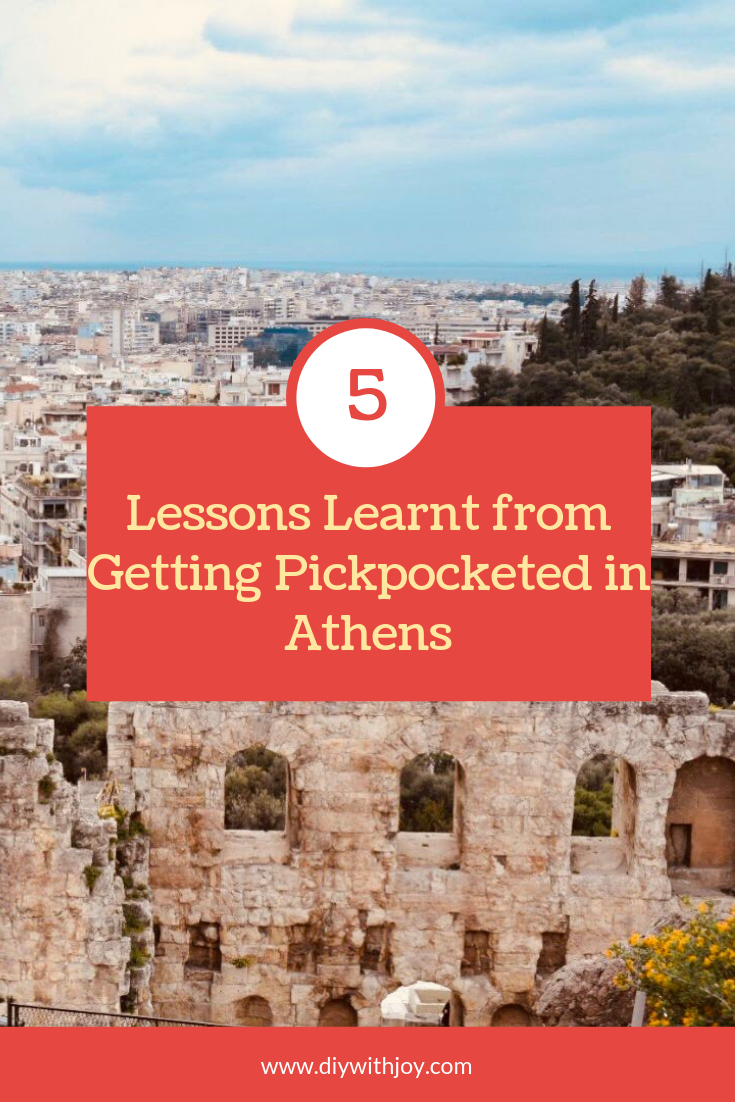 Looking for your next travel destination? Need help with holiday planning or would like a detailed personal itinerary?
As a travel consultant, I want to help you guys book the best affordable flights, hotels and activities to meet your needs and ease off that pressure of planning a holiday. Fill in a quick form on diywithjoy.com/shop/services/ which takes under 2 minutes. You can also send an email to diywithjoy@outlook@com.