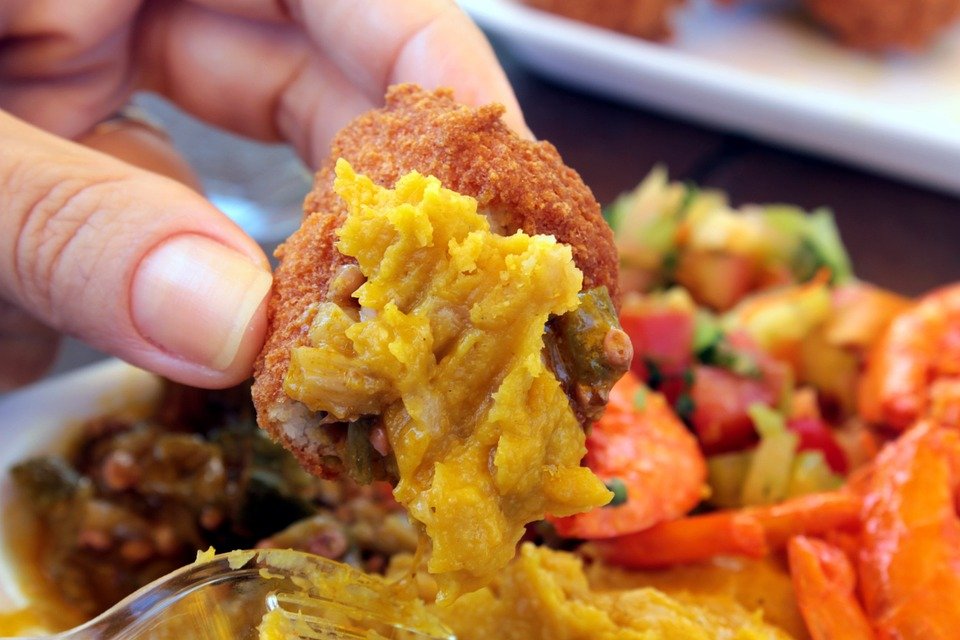 On the surface, both Brazil and Nigeria may seem like they have absolutely nothing in common, but if you look a little deeper, they have a lot more connections than you think!

In the 16th century, an estimated 4.9 million African slaves were taken from their home countries and entered the Americas through Brazil during the transatlantic slave trade. Salvador, registered as a World Heritage site by UNESCO is the capital a Bahia (4th-largest Brazilian state) was a hub for the slave trade.

Food was a large part of the process of remembrance, preserving cultural identity and reconnecting to African roots. Today in Brazil, you’ll find popular street foods such as Acarajé which has roots from the Brazilian African slaves. Acarajé is fritter or fried bean cake made from black eye peas and is deep-fried in dendê (palm oil). Bahian women can be found preparing and selling Acarajé in the vibrant streets in Bahia. Acarajé is sliced into two, and stuffed with prawns, vatapa and caruru, pastes made from nuts, onions, okra, coconut milk and palm oil.

For most of its history, the technique of making acarajé was transmitted orally from generation to generation. Acarajé was first sold commercially during colonial times by freed slaves and these sales became an important source of income for former slaves after abolition of slavery in 1886; Flavors of Bazil. Acarajé serves as both a religious offering to the gods in the Candomblé (Afro-Brazilian religion) and as street food.

Acarajé came to Brazil from Nigeria, where it is known as Akara and is commonly eaten for breakfast or as street food. Akara is my favourite comfort breakfast. Although I don’t eat it often, I like to enjoy mine with freshly baked agege bread.

When you are lost and in pain, you want to connect to something that brings familiarity and comfort. Food and religion was a source of comfort in the midst of pain for the Afro-Brazilian slaves. I can’t even imagine what these slaves went through but I’m glad they found comfort and memories in the food that reminded them of the motherland, Africa.
Afro-Brazilian culture has always been resilient, now they rise in hope and freedom.

Per Ardua Surgo – I rise through adversity. These are the Latin words written in Bahia’s official coat of arms.

Have you tried akara or Acarajé?  How do you reconnect to your roots? I would love to hear from you in the comments!